Get fresh music recommendations delivered to your inbox every Friday.
We've updated our Terms of Use. You can review the changes here.

by long vera & a stick and a stone 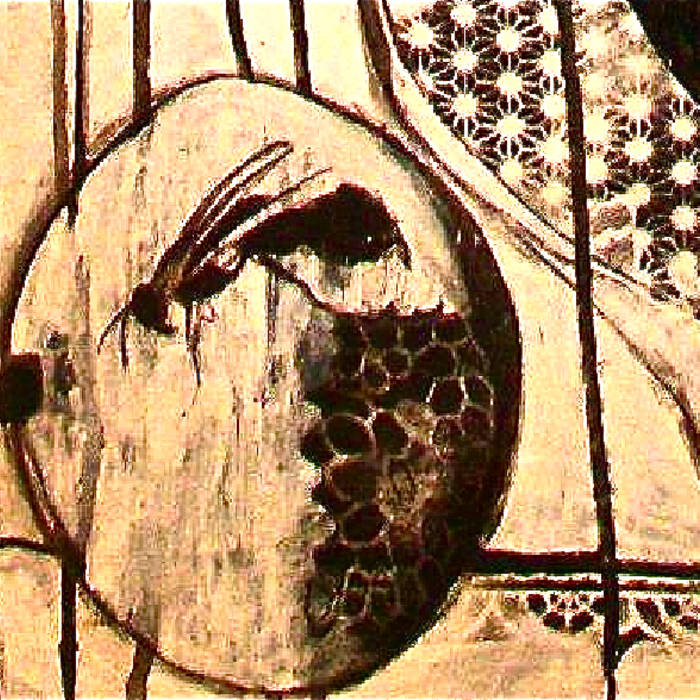 Angela Vitacolonna (Long Vera) and Elliott Miskovicz (a Stick and a Stone) joined in February 2013 to create this sound-collage to accompany Mandy Katz's paintings for her June exhibition at the Philadelphia Traction Company. Layering field recordings, found sounds, and noise experiments, the piece is inspired by the histories remembered in Mandy's work, calling attention to the extinction and eradication of animals and ecosystems, as well as the loss of living voices and ancient wisdoms.

Katz's show focused on the hidden life of the West Philadelphia neighborhood she lives in. She studied the area's natural history and the lives of some of its activities, artists, and scientists. Katz thematically compiled a collection of articles and images reflecting the obscured and overlooked pieces of history and shared them with Vitacolonna and Miskovicz.

After compiling sounds, in their process of sequencing, they discovered the theme most present for us was the progression toward the degradation and corruption of natural origins. These fragments juxtapose natural sounds and mechanized distortion, with the entire piece taking a linear, sonic-narrative form.

Following is a run through of the piece, including origins of and reflections on each movement by the creators:

-the collage begins with the sounds of seeds shaking in their pods over an autoharp mimicking raindrops. the seeds remind us of the microcosmic beginnings of pollination, the wonder of this natural process, wild herbs, plant medicine, the curiosity of the botanists.

-the next sound is our feet sloshing in the shallow grey water through clay at the edge of the atlantic ocean. we hiked 6 miles to get to this place where silver clay glows under the full moon. when we walked we remembered the 9,000 mile voyage of the lenni lenape, their trek over thousands of years walking from their ancestral home near the mongolia-russia border to the atlantic ocean, their feet finally reaching the water. we included feedback in this track, conjuring whales and wind, but simultaneously muddling the landscape with danger. this section also remarks on the forgotten and covered-over wetlands in west philadelphia.

-the music that follows is a reference to the loss of folklore and superstition. the recording is of the tapiola children's choir performing "stabat mater" by pergolesi. the choir consists of many children from finland who had their first fingernails buried at the foot of an ash tree, in accordance with the finnish superstition which states that if this is done, the child will possess a beautiful voice for song.

-the child's monologue, which is overdubbed on the choir, is meant to remember the children lost in the MOVE bombing.

-the next section is a recording of water being poured from one glass into another, wolves howling, and a bowed trombone. the water from glass to glass is a(n abstract) representation of the water as a resource, its increasing scarcity.
the wolves and their cacophony speak to secret language and lost wilderness, as well as the energies of protest, rage, celebration, and resistance in the spirit of kathy change and the RNC puppet outlaws.

-the fragments that follow, with the telegraph, the gunshots, the sounds of pigeons flocking, the freight train, and the narrative of the hunter, all gather around the history concerning the extinction of the passenger pigeons. the telegraph is a morse code recording of coleridge's kubla khan, a poem about a vision communicating the disparity between a mythical land and tyranny that threatens it.

-we recorded the insects and bullfrogs while hiking through swamplands, during which we were interrupted by the sound of a looming airplane.

-the conclusion of the collage culminates with a few distorted recitations of some of the previously introduced components. the difference in sound was created by our initial attempt to digitize the analog recordings. this final section is blown-out in comparison to the prior content.

-the introduction of bees swarming over the children's choir creates a dramatic frenzy reminding us of lost voices; the corrupt version of the seed-sounds acknowledge the patented and genetic modification of seeds.


Learn more about this exhibit at : knightfoundation.org/articles/mandy-katz-occult-philadelphia-revealed-traction-company/

See more of the paintings for this exhibit, as well as many other profoundly magical visual works by Mandy Katz, at : mandykatz.art/art/paintings/

a stick and a stone Oregon

A Stick And A Stone is the project of vocalist-composer Elliott Miskovicz. Often joined on strings and vocals by Billy Ray Boyer and Stelleaux Peach, with a steady flow of guest musicians, A Stick And A Stone converses with nonhuman life forms, fallen friends, and mysterious forces with reverent inquiries into surviving and restoring our often fractured world. More info: www.astickandastone.com ... more

Bandcamp Daily  your guide to the world of Bandcamp

Alex Rita and Errol from Touching Bass feature in our special London edition of the Bandcamp Weekly.